We know that Kyrie Irving is a stubborn and unyielding man, he didn’t even refuse to stay out of the game because of his views, everyone remembers the story of vaccination and protest, Kyrie said, I am the voice of the people who are against the vaccine. Jokingly, or rather mockingly, he was even nicknamed Kyrie King, influenced by Martin Luther King. At first, he didn’t play at all due to NBA regulations, causing frustration in basketball fans, and later he started playing away games only in states where the law allowed it.

The pandemic is a thing of the past, Kyrie still has problems and is still in danger of not being able to go on the floor, however, now one essentially interesting question is being asked – whose voice is Kyrie Irving at the moment?

As you know, Kyrie shared an anti-Semitic video on social media, that’s when the big news started, but as this strange man is used to, each step becomes more interesting, for example, he takes responsibility for what happened, says that he has no hatred for certain peoples, or those of a different religion, but does not apologize. He pays the fine, but he doesn’t apologize. He is a stubborn man.

Where will this stubbornness lead? Like the covid war, this time it came down to an ultimatum, here’s Brooklyn’s ultimatum:

As mentioned, this is an ultimatum, if Kyrie Irving does not meet these requirements, he will have to leave Brooklyn. Now a man will think what kind of ultimatum is this, as Kyrie wanted to leave Brooklyn anyway, it turns out that they will make things easier, but we have to take into account that probably no one will agree to cooperate with him, for example, Irving wanted to move to the Lakers, at this stage it is out of the question, no one will accept a basketball player with such a reputation in Los Angeles.

Is there a chance for him to end his career? Yes, there is, and again, if we consider his personality, we must know that this stubborn man is up to it.

In this case the organization, NBA, basketball, spectators – everyone, including Kyrie will loose and let’s ask the last question, if everything goes like this, who will win? 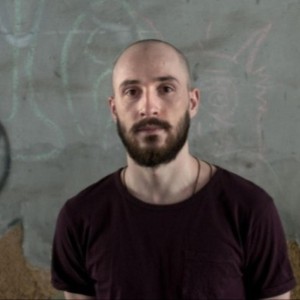 I, Armaz Akhvlediani, work as a journalist for Setanta Sports. I'm writing analytical articles, about socio-economic and political influences on football, besides - blogs and reviews. Before that, I worked as a contributing writer for Liberali, National Geographic and Radio Freedom. I'm one of the founders and chief editors of a literature magazine - "Daraji" (Watchmen). Since I have a bachelor’s degree in psychology and a master’s degree in comparative literature, I am keen on providing the readers and viewers with some fresh perspective – the articles I write often compare sports events with those presented in literary works, finding similarities and eventually arriving at earlier unexplored destinations through less travelled roads.
More news